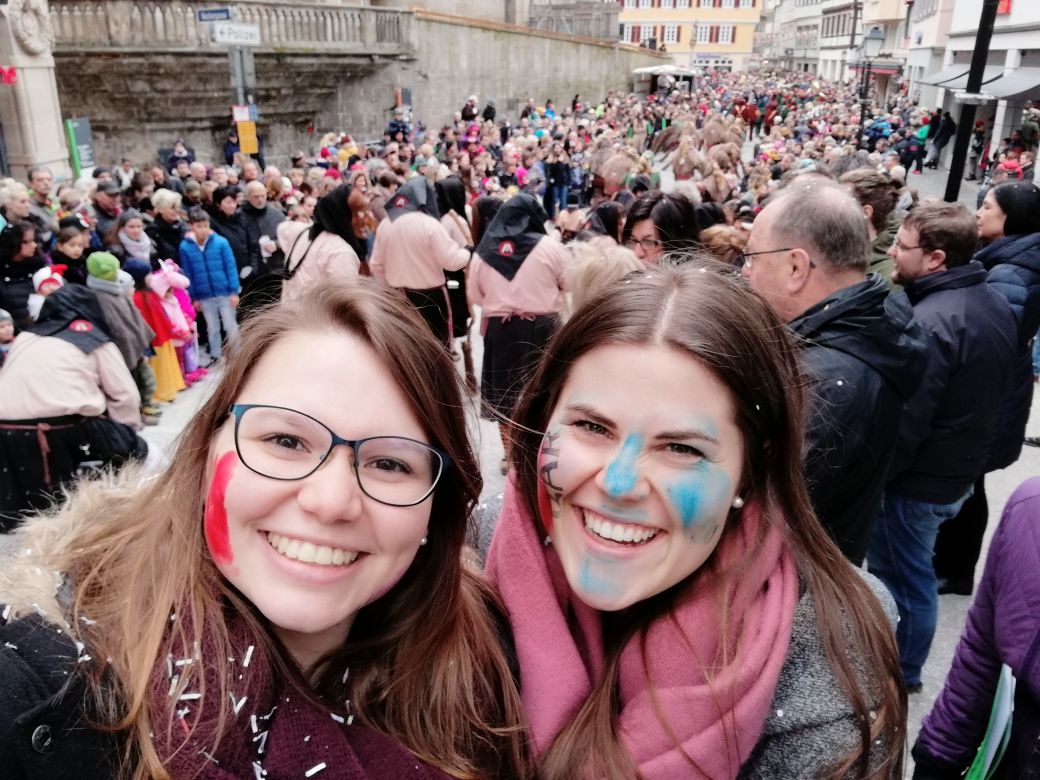 Alicia (26) is from a small village that they just call Grossbettlingen. She is doing teachers degree in English and Spanish. She is writing her final thesis right now.

How did you get informed about the Buddy program and how did you decide to join it?

I got to know about the Buddy program due to because of the email that the exchange program sends around. So they inform us about the opportunity to be an exchange buddy for an international student. So I thought it would be interesting because I studied abroad in the US before for one semester and they had a similar program called English pal, which I participated as well and I thought it was really interesting to get to know someone better who lives in the country that I was studying abroad in and it was also really good because I got to know more everyday life instead of only University life. So this was a reason why I decided to join it in 2017. And then again in 2018 for short intensive course buddy program. I thought it was such a good experience before. So I just did it again.

Who are your buddy? And what do you think about that match have you or your buddy asked for certain criteria as before? What did you have in common?

So I had two different buddies. In 2017 I was matched with Hannah from Brazil. And I think this match was really really good. with a matching. When I talk to her we found out that we have similar interests like we were both interested in traveling and we like languages and this was also one factor that we could easily communicate. We also both like photography so we could take pictures together which was really good. And after the program we were both convinced that it was a perfect match and we could not have had a better buddy. This year I was matched with Mel from South Korea. I think we also quite good match because we could always easily talk but I think I was close to Hannah mainly also because I had more interaction with her. She was much more open in the sense of asking me much more questions, asking me to participate in more things. But all in all I think both were good matches.

How was your experiences with your buddies until now?

One thing comes to my mind which is that Hannah and I had lots of trouble with her SIM card. because you have to register for your sim cards to be identified with your passport, which is very difficult for people coming from Brazil and which we found out one day. Because we were first going to the post office. Then going back to the place where she put the SIM card in and again going back to the post office. We tried to video chat and I think this was one experience that really kind of bonded us together and we now every now and then we talked about it. because it was so funny. We were kind of desperate because she needed a SIM card to work in Germany. And then when she came back again, we went to the Carnival in Tübingen. I think this is also very interesting experience for us because she’s from Brazil so she knows the carnivals in Brazil which is totally different from ours and it was so funny because every now and then we saw that different experiences. In other countries are very decisive. I think that was a really good what have we done together. We met often just for coffee. One time we went bowling together and with Mel I am meeting actually on Thursday to make Kaesespaetzle together because this is part of a crucial German experience and actually I did the same with Hannah as well.

I’m still very close contact with Hannah. So we message each other regularly and social media makes it a lot easier. I am also in contact with Mel. But the main reason is that she’s still here. She is in Germany until August but I actually also think because I am also on KakaoTalk which is the Korean version of WhatsApp. We will probably stay in contact and exchange how life is going. So yes, I think with both of them I have quite a good relationship. They are not my closest friends but whenever I would be in their area or in that country, I would definitely visit them.

Do you think that this program has lacks and needs to improve or fix something? Personally I don’t think there’s anything they should improve. They were and they will always easily available when I emailed them to ask anything. Unfortunately I couldn’t participate in the session that was before where you were prepared. I don’t know if that was covered. But if not, it would be helpful to have some kind of list and what experiences would be good or cool for the international buddies to have. For example things like going to Rittersport Waldenbuch or going on a Stocherkahn, making German traditional dishes and these kind of things. That would be a good idea. But I don’t know if that was covered before. Other than that I had no problems and was very content with the organization. I also today or yesterday received the email with the template for the certificate which was announced beforehand. So the organization in general was quite good and I had no problems.

What have you done during this program for your International buddy to make you unforgettable?

When Hannah was here I try to take lots of pictures with her when she was here. And then at the very end of our semester together I printed some of them and put them in the album. So she had kind of a reminder of our time together and I am also planning to do the same for Mel even though I don’t have that many pictures with her. But maybe just the card or anything they can take home. And I also try to include experiences such as for example cooking together or going for ice cream or things like that in general. I always try to be available for my buddy. So I hope they remember me as very reliable. Yeah, I think that was my main goal.

What would you like to say to newcomers about the program?

I would recommend everyone to take part in this program because I think it is very very valuable for both the international student and German students because even in the experiences that I had here I learned a lot about their culture, so I didn’t really know anything about Brazil or Korea before because I have not been in contact with anyone of these countries. So it was very very interesting for me to see how they describe their culture and at the same time I also think it was very valuable for my image of Germany. Because obviously when they came here the things they noticed most I would not notice any more. Like for example Mel was very impressed that we are as punctual as everyone in the world says.
And these kind of things are very normal for me, but very attention calling for them. So I think it was also kind of good to see that outside perspective. And then in general, I think it’s always good to meet new people and broaden your horizon. So yeah, I think I found two friends in this program, which is the reason why I would tell everyone to take part in it as well.

She is my big help here and I’m so happy!

This program is a great opportunity to meet new people from all around the globe!

Be always open to new experiences and new points of view!

Enjoy this blog? Follow us on our social media accounts: