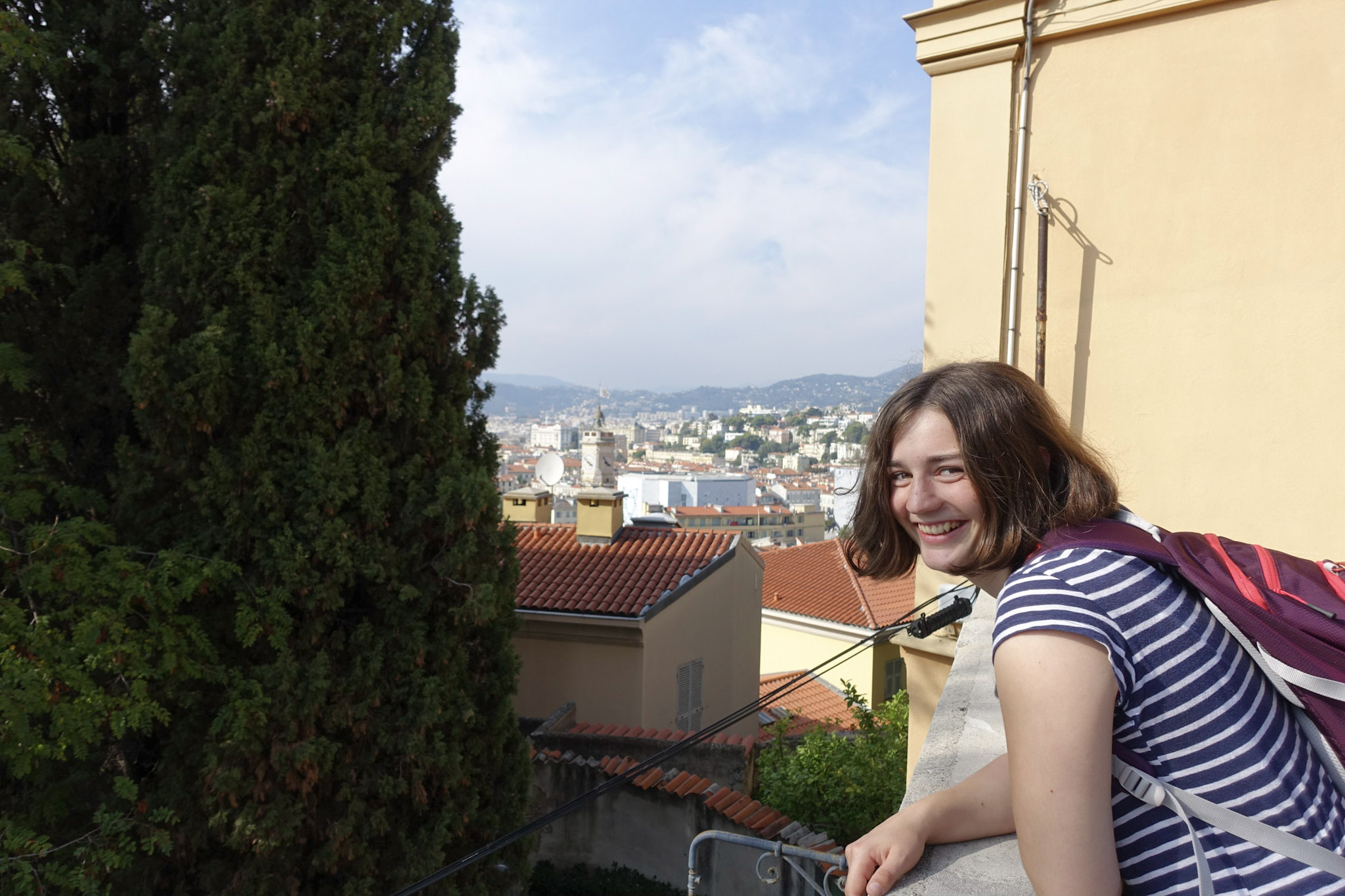 I am Magdalena Bätge (22). Originally I come from Detmold, a small town in northern Germany. But for studying German linguistics and literature as well as rhetorics I moved to Tübingen. I participate in the Buddy Programme this summer term.

How did you get informed about the Buddy Program and how did you decide to join it ?

I knew that there exists a Buddy Program in Tübngen since I received quite a few group e-mails which was informing about it. But I hardly read more than the title when I checked my mails. Then I spent an Erasmus semester in France. I did not expect that it would be hard to get in contact with locals, but it turned out it was. I perceived French students as being aloof and I was disappointed that I had less opportunities to speak French with native speakers than I wished to have. I wondered if international students have the same feeling at my home university. I wanted to give foreign students a warm welcome in Tübingen. When I received an e-mail for students having just returned from their exchange semester I did not hezitate a second to sign in.

Who was your buddy? Have you or your buddy asked for certain criterias before? What did you have in common?

My buddy is an Italian student of the same age as me. She came to Germany to improve her language skills. I did not ask for certain criterias before the match. I just gave information about me. I think I was matched with my buddy because she studies the same subject as me and I speak Italian. Actually, I liked the idea to have an Italian buddy interested in German culture and language. I do not think we have a lot in common apart from our experience of being abroad and our interest in each other’s language and culture.

How was your experiences with your buddies until now?

It is the first month of the buddy program for me. Until now we have just met twice. I showed some nice corners in Tübingen and we chatted. Then we attended both the welcome evening of Studit. Next time we will go to cinema. Until now I only speak in German because I think that speaking German was a major motivation for my buddy to join the program. Of course I would like to speak Italian as well. But I already have an Italian tandem partner with whom I can speak.

As the semester has just started I am still in contact with my buddy. We write e-mails and try to fix a date for the next meeting/activity. Until now there have not been communication problems as far as I can see.

Do you think that this program has lacks and needs to improve or fix something?

I like the concept and which something like that had existed at my receiving university in France. It would be nice if there were more common interests between my buddy and me. But I know that it is a difficult task to match the buddies

What have you done during this program for your international Buddy to make you unforgettable/thankful?

I do not think there is something unforgettable until now. Of course I try to be a good contact person and I informed her for example about the registration for university’s sports courses.

I think it is a bit early to say how the program has influenced my life because it is not a long time I participate in the program. But I can definitely say that it is a good opportunity to widen one’s horizon. At the Studit event I also met other international students I sometimes chat with. With one I have even started a German-Swedish tandem.

This program is a great opportunity to meet new people from all around the globe!

She is my big help here and I’m so happy!

What have the buddies said about the Exchange Buddy Program?

Enjoy this blog? Follow us on our social media accounts: